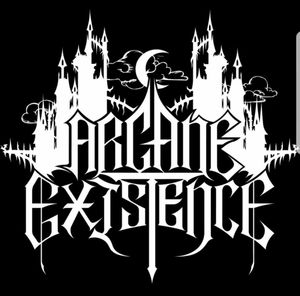 Arcane Existence, a Melodic Death Metal act from scattered parts of the Bay Area in California, released their debut full length album in January of 2017, and has been since performing throughout the the state to promote it. The band started off as a simple recording project by guitarist and founder Kiera Pietrangelo with guest performances from other local musicians. They used 2017 to do some live performances and get their unique brand of Melodic Death Metal out there, and have come into 2018 with a refined lineup, ready to spread their Dark Curse (pun intended) throughout the metal world!

For those of you new to the band, they based their music off of the TV show "Once Upon A Time". With that said, the opening track "Welcome To StoryBrook" showcases their special brand of metal, with a very versatile song. It opens with a very laidback groove on the drums, nice ambient guitars in the background, slowly building into this big, epic, heavy intro. Coming out of that, the song gets very Black Metal very quickly with an upbeat double kick groove, big orchestral sounding keyboard parts, and very aggressive vocals. It was a pleasant surprise, when after the beautiful keyboard break, it kicks back in with the elegant female vocals from the former singer of Bay Area Symphonic Metal band WinterSorrow. I found this to be extremely tasteful and well placed, making the song for me.

This band does a pretty decent job of combining aspects from all different sub genres of Metal including Melodic, Black, Symphonic, and Death. That is highlighted well in the track "Reshaping History", which has a very Carach Angren, Cradle of Filth sound to it, with a little hint of Arch Enemy in a couple of the guitar parts. In my opinion this is one of the more versatile and well written tracks on the album. It has a solid progression to it, great dynamics, and great rhythms to the bridge parts.

I won't bother you with my thoughts on every track, but I do want to touch really quick on the song "Magic". First of all, the melodic guitar part in the intro is catchy, then when it becomes a back and forth between the kick drum/guitar chugs and the lead guitar part, that really gets me pumped. To my delight, this part is repeated throughout the song as a bridge part, which only gets me more amped. And returning to the subject of "back and forth" parts, I can't tell you how much I enjoyed the alternating of the harsh vocals and the female vocals after the guitar break. Then as the song brings it back down a little with a more laid back section, it throws more clean vocals over it, and proceeds to bring it back to heavy town with harsh vocals and a heavy riff to top off an already killer track.

For your own copy of this badass Metal album, go to their bandcamp page (found below), and you can even get one of their "Dark One" t-shirts with it as well. While "The Dark Curse" has some great tracks on it, I feel like their sound can still be refined and perfected as they continue to find themselves as a band, and I have no doubt that they will. In fact, that makes me all the more curious to see what they come out with to follow this album up. Whatever it is, I'm sure we're all in for a treat.