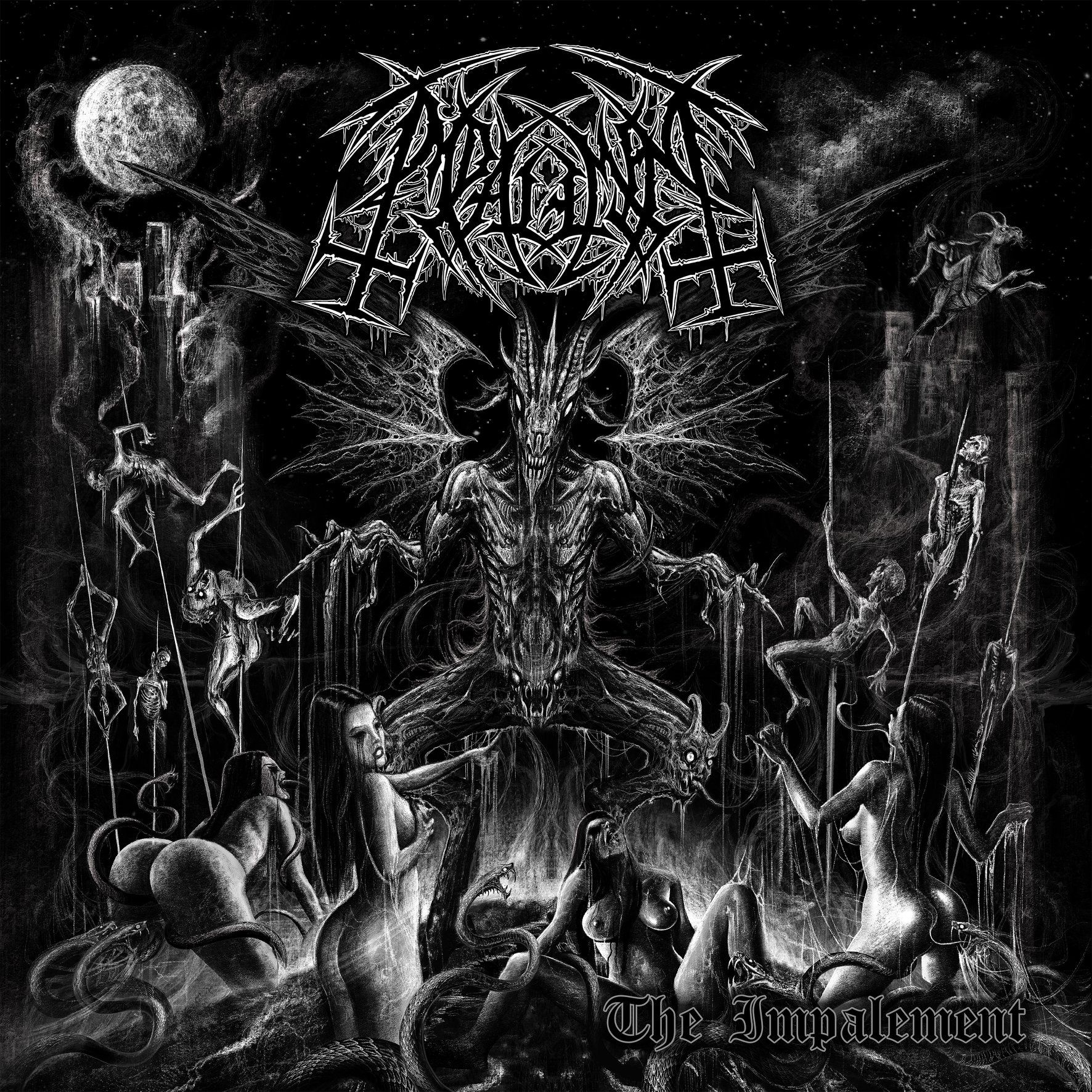 Released on April 30th, 2020 the band Impalement unleashed it's debut album The Impalement upon the world. This band is the brain child of leader/songwriter Beliath, who performs all instruments on this album with the exception of the drums, which was played by Torturer. In this time of international chaos and turmoil, Impalement gave us a much needed thing to focus on. For many people, myself included, music is one of the primary things keeping us sane during the COVID-19 pandemic, so new releases are more appreciated than ever.

The opening number on this album is the title track, "The Impalement," which may very well be one of the strongest songs of the release. It starts off right out of the gate with speeding blast beats, fast guitar riffs, and topped with a surprisingly catchy melody. The thing about this song that makes it the strongest for me is the chorus, which is sure to catch your ear and remain in your head for a solid portion of the day.  While the song is essentially non-stop fury, speed, and brutality, it actually concludes with a much needed break. The riffs keep pounding out the chorus part, while the drums do an accented break, which somehow manages to amplify the energy in it's own way, making the listener itching for the next song.

Another favorite of mine is track three, entitled "Within The Court of Rats". As with most of the tracks on this album, "Within The Court of Rats," starts off with pounding double bass sure to get the heart racing, but this time it's over a nice mid-tempo beat instead of hitting you with blastbeats from the get-go. This song has one of my favorite verses on the album. It's hard to properly explain what it is about it that really hits me, but it's definitely in part due to the eery sounding guitars over the top, Beliath's vocal rhythm, and the way it goes into the pre-chorus definitely helps the intrigue.  Though what truly makes this song for me has absolutely got to be the guitar solo (my favorite one of the album). Instead of the typical super speed metal solo, there is way more feel to this particular one. Don't get me wrong, Beliath still shreds on it, but bits of it have an old school Rock, almost bluesy feel to it. That certainly proves the man's versatility as a guitarist, being able to pull off multiple types of solos the way he does. More than just the solo, the entire song is probably one of the most versatile works on the album, switching gears more than once to keep the attention, ending with a beautiful clean guitar lead.

If I commented on every song you would be reading this all day, so I'll talk about just one more of my favorite tracks, "I Am All". This is one of the strongest performances by all parties, from the opening guitar riff, to Beliath's vocals, to Torturer's relentless double bass onslaught. Drumming wise, this has got to be one of the more interesting, more versatile performances by the skinsman. The crashes to accent the guitar changes, the incredible ride cymbal work, the kick-drum speed, all proving that Beliath picked the ride man for the album. This song is eight minutes and five seconds long. Now normally I don't love songs that length, but this is an exception to the rule. Thanks to a surplus of changes and riff variations, "I Am All," stays intriguing, suspenseful, and ear catching from beginning to end.

With that being said, this is a very strong debut performance for Impalement. The only potential hitch that I foresee in people's reception of it might be it's overwhelming similarities to Belphegor. Not that I think there's a problem since I love Belphegor, but this scene can be overly critical sometimes. Don't get me wrong, I don't believe this album to sound like a ripoff by any means, but any similarity to a legendary band is sometimes (for whatever reason) torn apart by the public. This is demonstrated all too clearly with how bands like UADA and Groza are treated over their similarity to Mgla, since some people live for tearing good things down. Despite that, I am very happy with this performance, and I look forward to seeing what Beliath and Impalement come up with next, as well as how this aural onslaught translates to the stage. The future of Extreme Metal is safe with these guys.

Don't forget to pick up your own copy of the album at Bandcamp!

Live lineup (from left to right): 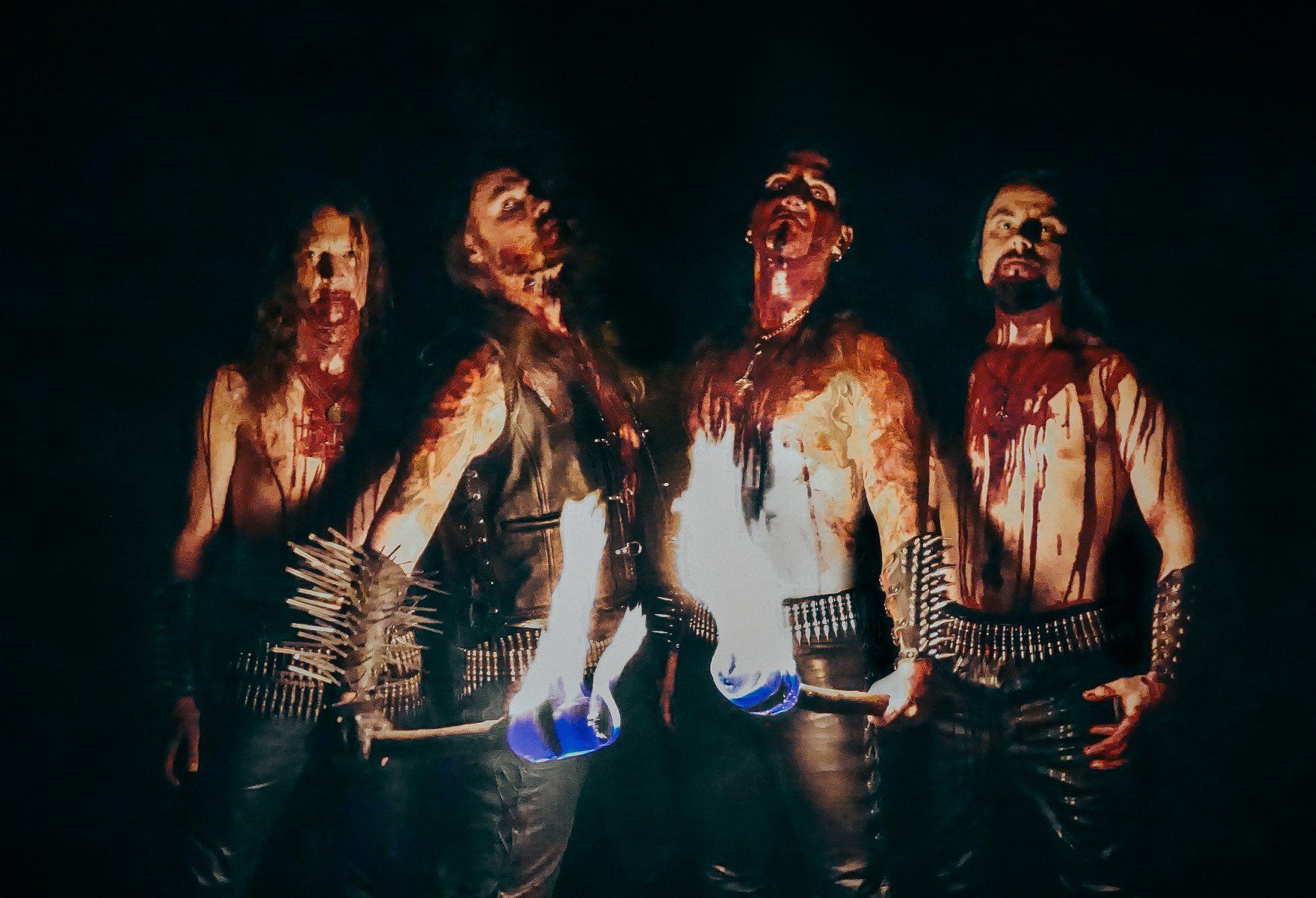